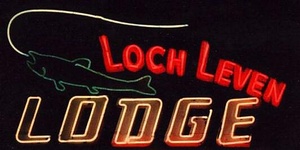 Loch Leven Lodge, a charming lakeside lodge on the sunny west side of Donner Lake, was originally constructed by a Scotsman, Virgil F. Goodpasture, in 1952. Having seen German Browns in the lake that reminded him of the Loch Leven fish in his native Scotland, he so named the Lodge.

It was later owned by Jim and Margaret Scardina. In 1974, Steve and Ede Brandenburger acquired the Lodge and operated it for 37 years before turning it over to the next generation. David and Garrett Brandenburger, along with their wives, Shelley and Alicia, now own and operate the Lodge.

The intervening years have seen many changes to the Lodge including the addition of the hot spa, rebuilding of the 5000 square foot redwood deck, new gas fireplaces, new flat screen TVs, and all remodeled interiors and exterior.