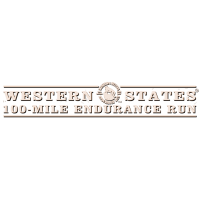 The Western States ® 100-Mile Endurance Run is the world’s oldest 100 mile trail race. The Run starts in Olympic Valley, California, near the site of the 1960 Winter Olympics, and ends 100.2 miles later in Auburn, California. In the decades since its inception in 1974, Western States has come to represent one of the ultimate endurance tests in the world.

Traversing the traditional lands of the Nisenan, Washoe, and other neighboring Indigenous Peoples, the Western States Trail climbs more than 18,000 feet and descends nearly 23,000 feet before runners reach the finish at Placer High School in Auburn. In the miles between Olympic Valley and Auburn, runners experience the majestic high country of Emigrant Pass and the Granite Chief Wilderness, the crucible of the canyons of the California gold country, a memorable crossing of the ice cold waters of the Middle Fork of the American River, and finally the historic reddish brown trails that led many travelers, including gold prospectors, to Auburn.

For almost five decades, Western States has been home to some of the sport’s most stirring and legendary competitions. With more than 1,500 dedicated volunteers helping to create a once-in-a-lifetime experience, the Run has stirred the spirit of runners from all walks of life, from all over the globe.