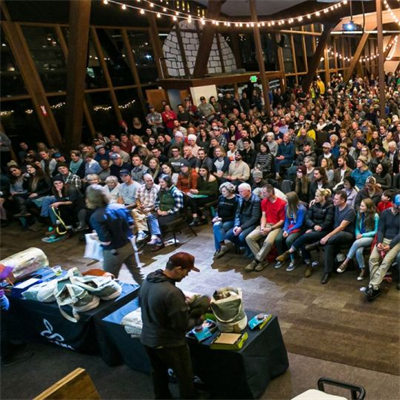 Back for its 17th year, the Alpenglow Winter Film Series will be showcasing the outdoor industry's most respected athletes. Hear from these professionals as they share stories of their incredible adventures in the mountains. Many of these shows are a rare opportunity to meet and hear from these talented athletes. Doors open at 7pm at the Olympic Village Lodge and shows are free.

This event has raised more than $1 million for local nonprofits in the North Lake Tahoe community. Bar sales and 15% of food sales from MOGROG Rotisserie go to the nonprofit beneficiaries.

As a professional athlete first and foremost, Adrian is the only American who has skied two 8,000 meter peaks, was the first person to ski Manaslu, the 8th tallest mountain in the world, and in 2011 became the first person to summit three 8,000 meter peaks in only 3 weeks (Everest twice and Lhotse once). He is the only American guide to have both AMGA/IFMGA guide?s certifications and has achieved more than 10 summits of 8,000 meter peaks (including 6 summits of Mt. Everest). In the fall of 2019 Ballinger became one of the few people on the planet to summit K2, the second-highest peak in the world, without the use of supplemental oxygen.

In the spring of 2022, Adrian Ballinger made his third attempt of the past decade to ski Makalu, the 5th tallest mountain in the world. Makalu, famed for its steep and technical terrain, was one of only two 8,000-meter peaks that had not yet been skied. After two failed attempts in 2012 and 2015, 2022 seemed like the ideal time for another try, this time without supplemental oxygen in the “new style” of 8,000-meter ski descents. Conditions, changing ethics of Himalayan climbing, ski partners, and an unexpected pregnancy had different ideas.

Over the past two years, Harrington has pursued (and accomplished) a diverse array of rock and ski pursuits, including free climbing Yosemite’s famous El Capitan, first descents in Baffin Island, and big wall climbing routes in northern Spain. Her run of accomplishments is astounding even to the grizzled veteran, and truly began when she quit competing in slopestyle and moved to Squamish, British Columbia in order to chase her rock climbing dreams. It was here that she met the love of her life Marc Andre Leclerc, a story well documented in The Alpinist.

Harrington’s theme throughout her show Versatility Fueled by Mountain Creativity is the importance of strengthening weakness and overcoming mental and physical challenges.

Rural northeast Ohio isn’t a breeding ground for alpinists, but that’s exactly where one of the world’s premiere alpinists was born and raised. When Anna Pfaff, 37, moved to Colorado to finish her nursing degree at the University of Colorado Denver, she joined her classmates for a trip to Indian Creek, Utah where she instantly was hooked on climbing. After graduating in 2003, Pfaff relocated to Boulder where she honed her skills on multi-pitch routes in Eldorado Canyon and the cracks of Indian Creek. The following year, she made the pilgrimage to Yosemite and within a year had climbed El Capitan. When she headed south one winter and first climbed in the Fitz Roy range, she was hooked on alpine climbing.

Ever since, Pfaff has become one of the world’s premier alpinists and expedition climbers and has climbed in some of the most remote alpine terrain in the world, including multiple expeditions to the Karakorum Range of Pakistan, Tibetan Himalaya, Nepal and India, the Tian Shan of Kyrgyzstan, the Sierra Nevada del Cocuy in Colombia, and the Peruvian, Bolivian, the Patagonian Andes and Antarctica. Anna is happiest setting new routes in remote parts of the world, climbing first ascents, and learning about the people and culture surrounding the peaks she’s climbing.

In April of 2022, Anna Pfaff and climbing partner Priti Wright successfully climbed the Alaskan giant Mt. Huntington, via the Harvard Route, a coveted and highly technical alpine route. Upon arriving back in basecamp, Pfaff was struck with aggressive frostbite on both feet, which ultimately led to the loss of six toes. Pfaff’s show Life’s New Crux will document her journey throughout the process and how she is working hard to return to the mountains. Alpine adventures around the world have shaped Pfaff, and now she is using these lessons to help her overcome a new crux in life.

In 2022, after two years of pandemic uncertainty, severe economic hardship, and international travel restrictions, the high mountain huts and ski resorts throughout Europe began to open again. Ski mountaineers were enthusiastically welcomed back to enjoy the spectacular alpine scenery, challenging ski terrain, excellent cuisine, and the traditional warm and friendly hospitality of the mountain regions. For Winter Speaker Series founder Dave Nettle, it was definitely time for a return to the Alps.

Join Dave Nettle for his inspiring and humorous A “Post Covid” Ski Mountaineering Journey, a trip through five countries with an entertaining and motivated cast of friends during the spring of 2022. The presentation highlights their week-long hut-to-hut ski tour on the French Vanoise Haute Route. This hut trip, which lies mostly within the Vanoise National Park, traverses some of the most remote and dramatic high alpine glacial terrain in the Alps, despite the fact it borders one of the largest, interconnected ski resort complexes in Europe.

Europe, like Tahoe, had a winter season with a minimal Spring snowpack and long gaps in between mostly warm, rainy storms. As Dave’s ski mountaineering journey and narrative unfolds it’s clear that having solid friends, being flexible, adjusting plans quickly, having a positive attitude, and just being plain old lucky is a life strategy he embraces that keeps his travels, friendships, and adventures fun and successful. 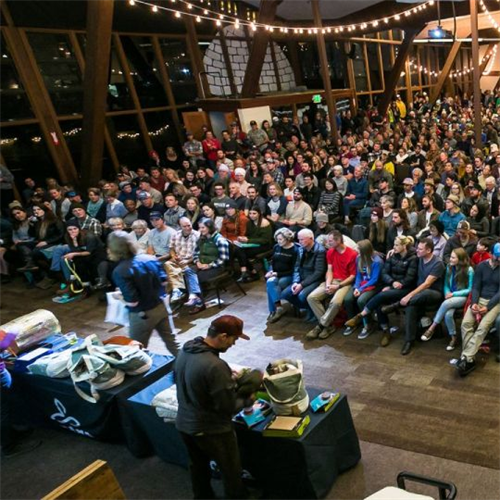